Our March talk proved so popular that it sold out weeks before the event took place. It was a rerun of the life of Ken White first staged at Christ Church on 8 June last year. I went to the talk on 8 June, and was so impressed and keen that it should be shown to the Friends that I asked Andy Binks and Ken White if they would bring it to Swindon MAG. It was agreed they would do so, and the earliest date we could accommodate them was the end of March. Historian Andy Binks has long associations with Swindon including The Swindon Society and the sadly now defunct Swindon Heritage magazine and many more things. Most importantly, Andy and Ken make a wonderful duo, telling the story of Ken’s childhood, through to working at GWR, art school, London, murals and much much more. I loved the talk as much the second time as the first.
I took some photos of the screen as a reminder of the evening, there are lots, but I have left out more than I’ve included I’m sure, they do give an idea of the evening. This first photo was taken at the beginning of the evening, Ken on the left, Andy on the right: 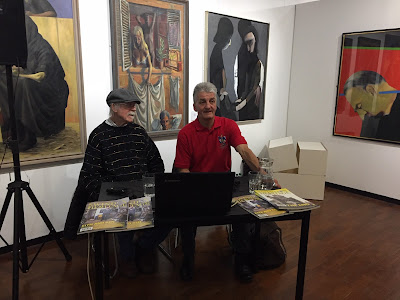 And onto the slides, I have photographed a few, there were many more 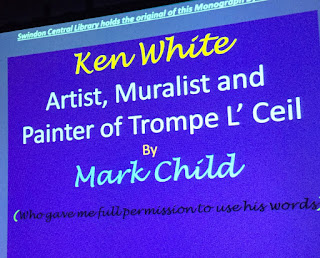 Love this quote from Ken 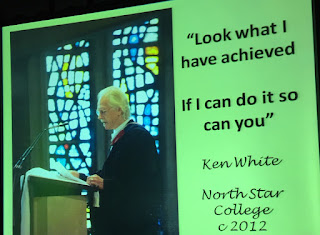 We were shown a few childhood photos of Ken and his brother Mike, seen on the left in the photo below 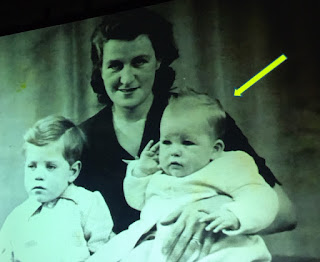 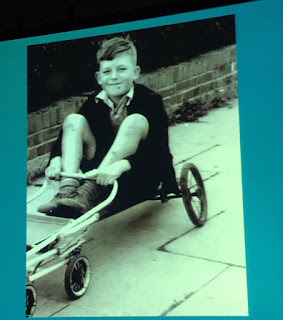 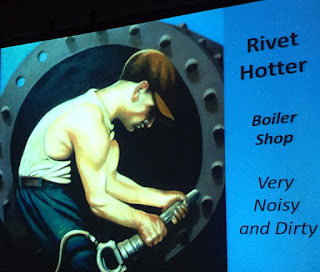 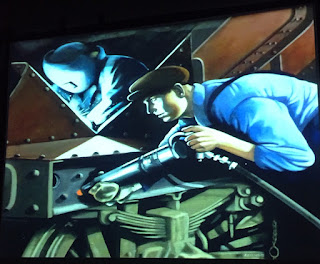 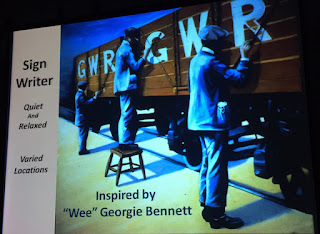 and then onto Swindon College where Ken studied art 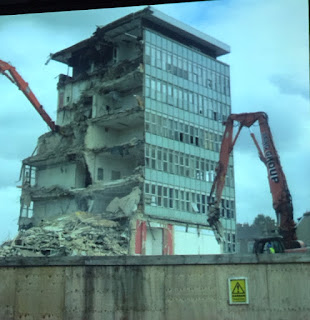 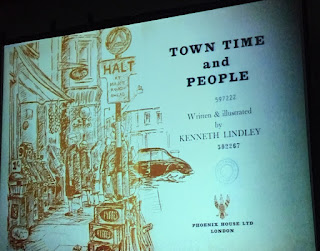 After art college, Ken moved to London where he painted the Beatles portraits, a picture still in his possession 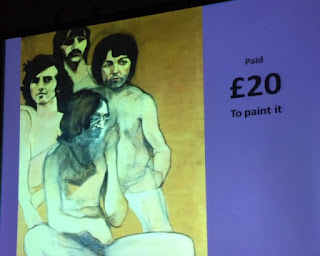 and copied by someone else for an album cover 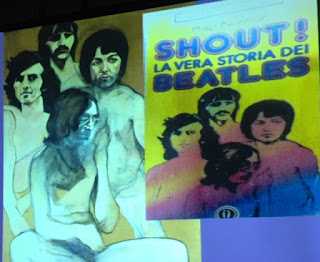 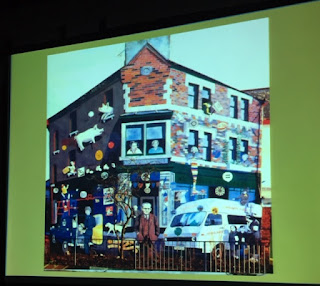 The murals were a feature of Swindon life, and much loved by us all 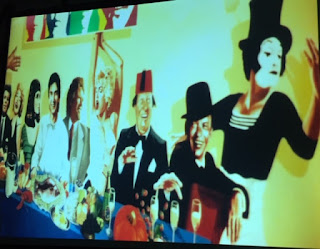 Ken was also commissioned to paint murals in other places 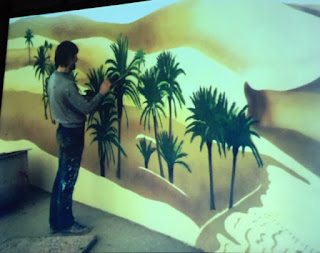 and also painted local scenes of Swindon life, here’s one of the backsies 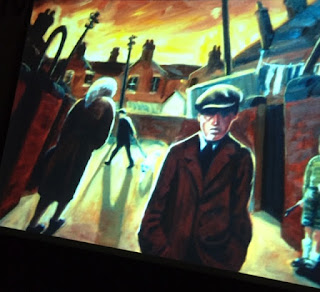 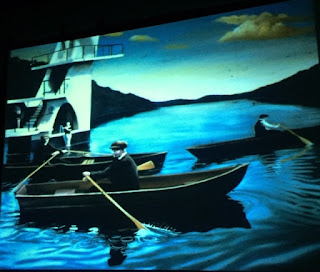 Angela Atkinson has written a fabulous piece on the diving platform 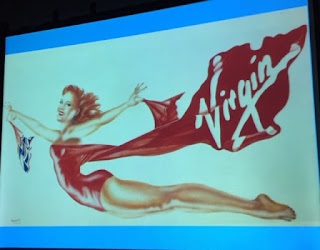 Ken was spotted by Richard Branson and worked for him for many years. Above is a photo of the ‘Scarlet Lady’ and below portraits of musicians used by Virgin shops. 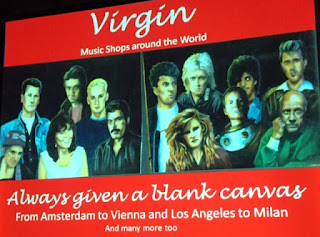 Below is a photo of a mural painted by the outdoor pool in Highworth, sadly no longer there. 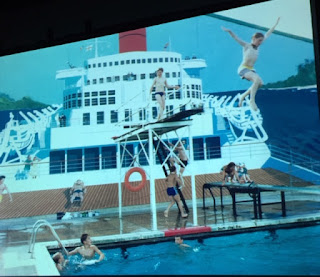 That’s a very brief summary of the talk last Thursday evening.
There will be two more talks during Ken’s exhibition in the small gallery at Swindon MAG which runs from 17 September until 30 November, these will be held on 28 and 29 November. Tickets are not on sale yet.

For our September talk, we were pleased to welcome Amanda Hart, director of the Corinium Museum.…

Starting with the complete flyer and then a breakdown of all talks and trips, above…

Our November talk featured Ken White in conversation with Andy Binks, with the same talk repeated for…