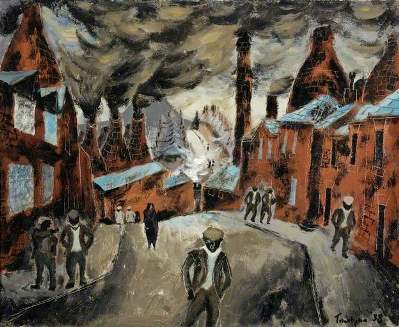 Innovation and tradition, harmony and tension: the interwar period was an important time for modern British art. This exhibition explores the British art movements that flourished between the wars, including the Camden Town Group, St Ives and the Bloomsbury Group.

During World War I, many artist-led groups developed, which allowed young British artists to explore new techniques and ideas. These groups continued in the interwar period, and their work captured both the sense of possibility and uncertainty that characterised the time.

The exhibition brings together important paintings by Ben Nicholson, Edward Wadsworth, Julian Trevelyan and Sylvia Gosse. It includes drawings and watercolours by Henry Moore, Augustus John and David Bomberg. As well as exploring the different art movements of the First World War and interwar years, it also looks at the contrasts and connections that existed between these influential artists.