On a recent visit to The Fitzwilliam Museum in Cambridge, I discovered not only were they celebrating the bicentenary of their opening, but also the Friends of the Fitzwilliam was founded in 1909 by Sir Sydney Cockerell, Director from 1908-1937 to support the Museum and is the oldest such society in Britain.

Friends play a vital role in the life of the Fitzwilliam and their contributions are greatly valued. Cockerell’s very first purchase from the Friends’ first year of subscriptions (a total of £ 116 18s) was a panel of Islamic tiles of c.1600, costing 42 guineas. Cockerell was extremely proud of this acquisition: it reflected his own taste for the arts and crafts of the near East, and the all-pervasive influence of his friend William Morris, for whom he had once worked.

A display of Islamic tiles 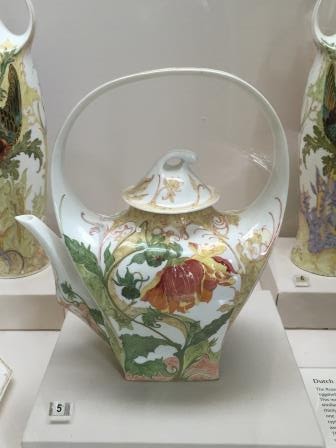 There's something lovely about this Dutch Chocolate pot and lid, seen below, made in 1909 with a hand painted Art Nouveau style design.

I noticed there were 2 Kate Malone pieces in a cabinet, this one entitled 'Heart' and made in 2001. 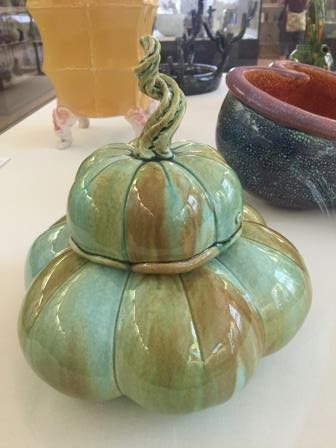 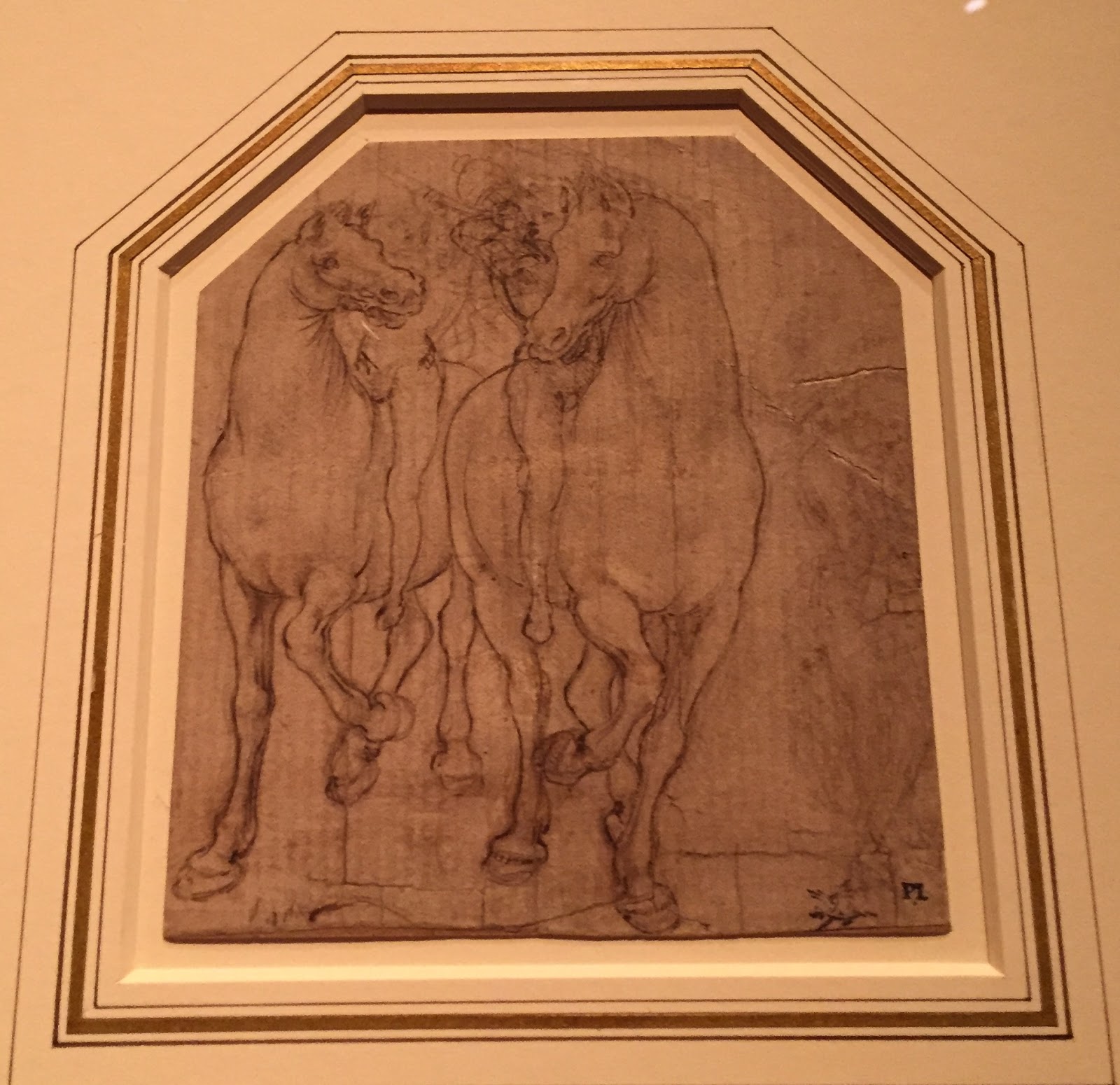 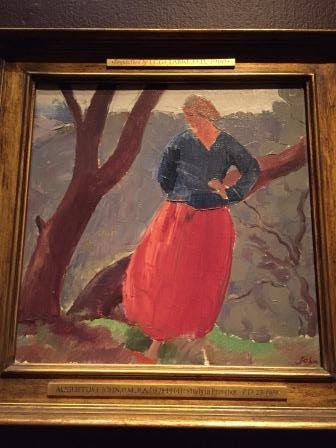 'Study in Provence' by Augustus John c 1926 was bequeathed by Louis Clarke (Director from 1937-1946) a lifelong friend of the museum and also of Augustus John. 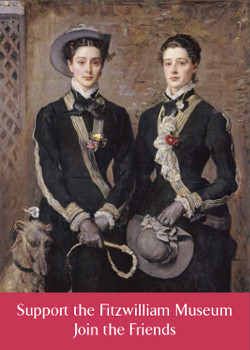 This painting of two sisters has been used to advertise the Friends around the museum, I'm hoping we can do something similar, it's a clear message.

If you look up in the Fitzwilliam Museum.

Brought back by popular demand, after being very successful last year, the Open Exhibition now occupying the…